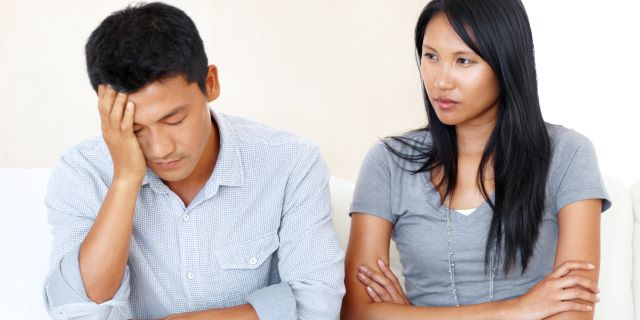 Posted at 16:50h in Marriage, Relationship Tip of the Week by Bruce Terpstra 0 Comments

I received a message on my phone from someone I haven’t talked to in over 30 years.  It was nasty and accusatory in tone and was meant to sting.  And it did.  What happened that I deserved such a tongue thrashing?  Apparently I didn’t call them after they experienced a severe loss in their family (yes it was tragic).  It should be noted that we haven’t had contact in over 30 years!  I don’t have a phone number or email address.  They have never reached out to me in all these years – not even after I had a severe heart attack that may have taken my life.  They never let us know about their loss but somehow I was responsible for the pain they were now experiencing because I was insensitive, uncaring, and pre-occupied with other things.

Being attacked like that clear out of the blue caught me off guard.  It came right out of left field and I didn’t see it coming.  My first response was disbelief.  Who in their right mind would write such a message when no relationship has existed for 30 years?  Where did they get my phone number to send a message?   Then my emotions kicked in – anger.  How could anyone expect someone in another state who has been gone for decades with no contact know what is going on in their separate lives?

I wanted to respond immediately to justify my “failure” and tell them why their expectations were out of whack.  Fortunately, I was driving at the time and chose to think more deeply before responding.  Before responding to a conflict before you, it is good to know some things.  Here are four things that helped me in this situation that may help you in your situation.

When people go into conflict they don’t all act the same.  Some assert very directly like the situation I just presented.  They can be the most challenging for other people because their direct approach can be intimidating.  Our desire to defend ourselves often kicks in and we get into deeper conflict.  When someone is direct and assertive initially in conflict, they simply want you to engage with them so don’t retreat or beat around the bush.  Respond to what you perceive their need is rather than being defensive.  Some people when they go into conflict want to process everything that happened and consider different options for a response.  If that is the case, you want to give them space before asserting.  Others may try to reconcile the relationship by trying to accommodate what you want.  We don’t always recognize these people as in conflict because they are accommodating, but in reality, we should read between the lines and see what is really happening.  Affirm the situation, but don’t ignore the issue that is behind the conflict.

You can’t control the outcome of any conflict with another person.  In this story, the person graciously thanked me for responding and gave me their phone number so I could reach out.  There were no further attacks on my character or self-worth.  But we aren’t guaranteed that kind of response.  If we go through the conflict using these steps outlined, we will be addressing the needs of our own souls, the needs of others, as well as addressing the problem between us.  That will give us the best opportunity to find peace and harmony.