What to do When Someone Goes Quiet in Conflict… 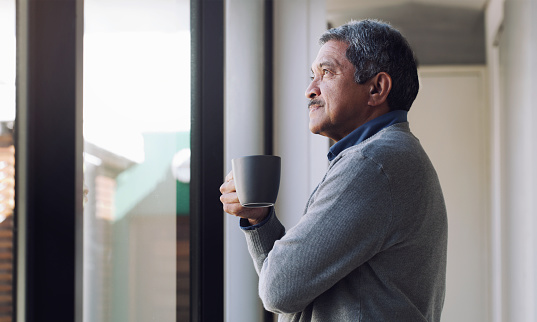 04 Oct What to do When Someone Goes Quiet in Conflict…

Posted at 20:27h in family, Marriage, Ministry, Relationship Tip of the Week by Bruce Terpstra 0 Comments

Have you ever had someone go silent on you when you are in conflict? You are confused and don’t know what to do? How can you respond so you don’t make it worse? You can make it worse if you do the wrong things. In this blog you will learn about how to respond to someone who goes silent in conflict.
So, the person you work with or live with suddenly goes quiet and isn’t responding to you. You know there is conflict between you, and you want to fix it. You hate that there is wall between you. You feel terrible. Or perhaps you are offended and want to address the problem right away before it becomes a major issue. Whether you have offended someone else or you yourself are offended, you want to address the issue and move forward.

You might conclude that the best thing to do is speak with the person right away and resolve the issue. After all, the Scripture teaches us to “don’t let the sun go down on our anger!” I was teaching a relational intelligence workshop a few weeks ago and one of the attenders shared a story about he and his wife. He said that the entire tenure of their marriage his wife would go silent as soon as there as an issue between the two of them. She gave him what he called the “silent treatment”. One day he was trying to get here to talk, and she retreated into the bathroom and locked the door behind her. He was so upset that he went into the toolbox and got out a screwdriver to break in! Needless to say, that probably wasn’t the best way to handle the situation. He admitted that his strategy failed and had failed for many years. There is a better way! He discovered it and life has been much more pleasant!

Before I share with you some better strategies for dealing with someone who goes silent in conflict, let me share what “silence” doesn’t necessarily mean. After all, we can misunderstand what is happening. First of all, it doesn’t mean that they don’t want to resolve the conflict. Retreating, leaving the room, not responding, or going silent should not be read as someone running away from conflict. Becoming silent is simply a strategy for resolving the conflict constructively. It also doesn’t mean that they are mad at you. You might assume something that is not true. They may have been caught off guard and might be struggling to know how to respond, but don’t assume they are angry and mad. They also are not necessarily trying to “punish you”. The silent treatment can be a way of punishing, but don’t jump to that conclusion. You may wrong and probably are wrong.

People go silent when in conflict as a strategy for resolving the conflict successfully. They believe they are doing the best thing they can in this situation. Here are some reasons they may go silent or retreat from engagement right away:

1. They need time to process. What happened or what they experienced has challenged something that is important to them. They need to think through what this all means. They don’t want to mess up the relationship or say something they regret. They simply want to take time to think. That may mean backing up, being quiet, getting to a place where they can rehearse what happened and analyze.
2. They don’t want to be pushed so don’t push them to engage. If you push to hard, you may trigger greater conflict. They need space.
3. They don’t know what to do or say next. They may even want to pray about it. Some people think better when they have the time and space to do so. Others think better on their feet and in the moment. Don’t assume that others are like you.
4. Silence should be a signal that the person’s self-worth is challenged. In other words, something important to them has been offended (i.e., the tone or words used showed disrespect, your ideas challenged their goal or conviction, etc.). Silence should be a sign for you to reflect on what is so important to that person that they needed to retreat to think about it before responding.

What should you do when you experience someone retreating, not responding, or being silent? Keep all the above in mind when you respond. Here are some suggestions that might help you:

1. Don’t push! Forcing someone to talk before they are ready can trigger someone into deeper conflict. Let them think and process.
2. Give people time. Don’t make someone work on your timetable. You may be ready and wanting to engage immediately, but not everyone is wired that way.
3. Ask them when they would like to get together to talk rather than being pushy. Put the ball in their court. Allow them to set the timetable. Be patient and understanding that some people resolve conflict differently than you.
4. Try to identify what is most important to the other person that might have caused the offense. Before engaging them, it would be wonderful if you knew what the source of the offense was and could validate the importance of it. A common cause of conflict in my marriage is that I am a risk taker, and my wife is cautious. When I bring up any idea that contains risk, she must analyze and methodically consider all ramifications before she can even respond. We haven’t been through the “locked in the bathroom routine” but we have certainly struggled to work through conflict with us both being satisfied. Recognizing her need to do this has significantly helped us navigate the way we solved issues together. Now I know that any decision that involves risk requires me to give my wife lead time to research and process the implications prior to having a meaningful conversation. By doing this I respect her and show her understanding. What is most important to the person who is going silent on you? How can you convey to them that you value them and what is important to them?

We all go through conflict differently. Some want to immediately solve the problem so they can get on to the goal. Others would rather compromise and give in right away to keep the peace. Still others need time to process and think through the facts before responding. By learning better strategies for resolving conflict with those who need time to process and think, we can create a more harmonious environment for solving our problems together. Relational Intelligence can help us form a culture where relationships thrive.